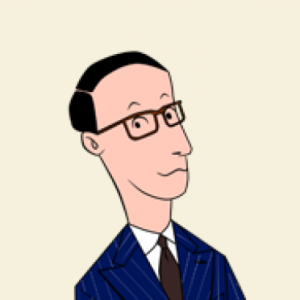 Whereas most of us choose clothes based on our lifestyle, black tie gives us a chance to choose a lifestyle around our clothes. Especially around this time of year, when the holidays are full of opportunities for formal occasions — a night out at the ball, an opera event, of a fancy party. It’s easier to mark an occasion when your eveningwear isn’t the same as what you wear to work.

Ever since it entered the gentlemanly wardrobe in the 1880s, tuxedo styling has more or less followed business suit styling. If suits have wide shoulders or favor double-breasted closures let’s say, tuxedo styling will follow their lead, which should make buying a tux pretty simple. There are, however, subtle differences to recognize. While a day suit may have all sorts of details—extra pockets and flaps, swelled edges, a variety of vents, cuffs and such—elegant understatement and simplicity of cut are the hallmarks of true black-tie dressing. The tuxedo jacket and trousers are not to be considered a storeroom for pens and notebooks, loose change, mobile phones and other tech devices and the like, any more than an evening dress watch should tell anything other than the time.

Black tie sits near the top of the formality scale, eclipsed only by white tie. And in tailoring, formalwear is generally defined by its simplicity (this is what makes flapped pockets more formal the patched pockets, smoother fabrics more formal than rustic tweeds). That means a good black tie rig should be a bit more classic and elegant than your casual suits. The shoulders a little more padded to give the wearer an air of formality and confidence, while still remaining comfortable enough for dancing. In this way, a black tie rig has slightly sharper, more deliberate lines, flowing through the shoulders and then angling down toward the waist, forming a V-shaped figure.

Dress trousers are cut from the same fabric as the jacket, and differ from day trousers in two important respects: evening trousers are never cuffed regardless of current fashion; and there is a stripe running down the full length of the outer seam of the same fabric used for the jacket facings. Belts are not worn with dress trousers, braces (suspenders) are favored. The trouser waistband itself may be covered with a cummerbund or evening waistcoat.

“The main difference between a black tie rig and a formal suit, for me, is in the trousers,” says Mark. “Trousers should hang straighter. I don’t like my black tie trousers to be tapered as much, so they hang cleanly and then finish off with a plain hem. If anything, formal trousers should lack detail, which means flat front, straight leg, and no cuff. Just make sure the stripe running down the outside of your leg matches your facings.”

There’s a possible third piece to mention, the waistcoat. Dress waistcoats are a complete matter of fashion and personal preference, are cut lower than day waistcoats—often with a horseshoe-shaped front—usually only have three or four buttons, and can be backless for added lightness. The alternatives to the waistcoat are either some sort of finished trouser top or a cummerbund. The word derives from the Hindi kamarband, meaning sash (in the sense of waistband), and this formal accessory became popular in England after 1890 as part of the legacy of the British in India. The cummerbund is usually made of the same facing fabric and is worn (this question always comes along) with the pleats open to the top because it was originally a good place to put theater tickets, loose change, a cigar cutter, a pill case or other small items. Even today, bespoke cummerbunds will have small pockets inserted into the pleats for this purpose.

Single-breasted dinner jackets usually take only a single-button closure (rather than the two, three, or more that day jackets may take); double-breasted jackets usually take a 2X4 closure. Both styles are classically ventless in back and cut close to the hips to provide a slimming, elegant line. And lapels are never notched: both single-breasted and double-breasted take either peak or shawl lapels, the choice being a matter of personal preference. Lapels themselves are faced, i.e. covered with satin or grosgrain which usually matches the color of the jacket itself. The two side pockets are simple self-edged, straight slits (called jetted pockets) without flaps, and a welted chest pocket.

A quick note about dress fabrics. Classic evening dress calls for simplicity, elegance, and comfort, so a lightweight, clear-finished black or midnight blue cloth is what’s wanted. Cashmeres, linens, cottons, nubby shantung, twills, and even denims have been used to striking effect, and are not beyond the pale. Light-weight worsteds, mohair or silk blends, baratheas, and even plain-finished broadcloths are considered traditionally more in keeping with the goal of elegant simplicity.

The next step is match the different elements in your ensemble — the lapels, the bow tie, and the cummerbund, should you choose to wear one. These are typically made from some kind of silk. There’s grosgrain (the most popular), barathea (for something more modern), and satin (our favorite).

Formal shirts should be made from a very fine fabric. Poplin and even royal oxford are good choices. Some men also wear voile. And while the fabric is very breathable, it’s also very transparent, which can leave you feeling self-conscious in your clothes. If you wear a voile tuxedo shirt, you won’t want to take off your jacket.

There’s little to be said about evening footwear—worn with plain black or midnight blue socks in fine cotton, merino wool, or silk—except that it should be lightweight, thin-soled, usually black, and unadorned. This isn’t only because of aesthetic considerations, but, as with the rest of the outfit, eveningwear has always been associated with dancing and entertainment. There’s a surprising variety of acceptable footwear: velvet Albert slippers (with or without decoration), patent leather pumps or oxfords, or plain black calf opera slippers (with or without a bow).

Men’s tailoring is often made personal through the small, discrete choices in its accessories — the tie, the watch, and sometimes cufflinks.ce minimalism is a goal in classic evening dress, a stud and cuff link set, a small and discreet dress wristwatch, and personal ring are all that’s called for. When it comes to men’s jewelry, statements are made with fineness, rather than size.

The most important accessory is the tie. Although we’ve all seen a variety of celebrities wearing four-in-hand neckwear with tuxedos, this fashion isn’t only now so old it should be carbon-dated, it relinquishes the opportunity to wear something different for an occasion. The bow—usually matching the same material as the facings—may be either small or large, square-ended or pointed. Some men are unaccountably fearful of tying a bow tie and opt for a pre-tied one. But a bow is a bow is a bow: a short practice run will do the trick, and remember that it shouldn’t look too perfect, a perfectly tied bow is the sure sign of the amateur or histrionic.

For the newly initiated, black tie can seem confusing and arcane, full of old rules that are hard to parse out. But Mark stresses that these rules should be more about guiding you towards a better outfit, rather than making you feel stiff and stuffy. Mark, for example, often ignores the rule that you should match your metals, instead just opting for the watch and dress set he wants to wear that evening.

“People think that formalwear is about being as fancy as possible, but actually it’s a democratic thing. It’s an opportunity for people to wear fairly similar things, so there’s not so much attention placed on the differences in clothing. Instead, all of he focus is on the people and the event. The nice thing about formalwear is that you can blend in. I find that the more black tie events I’ve attended, the less serious I am about the rules. A good black tie rig follow some very basic principles, and the rest is just about the evening.”